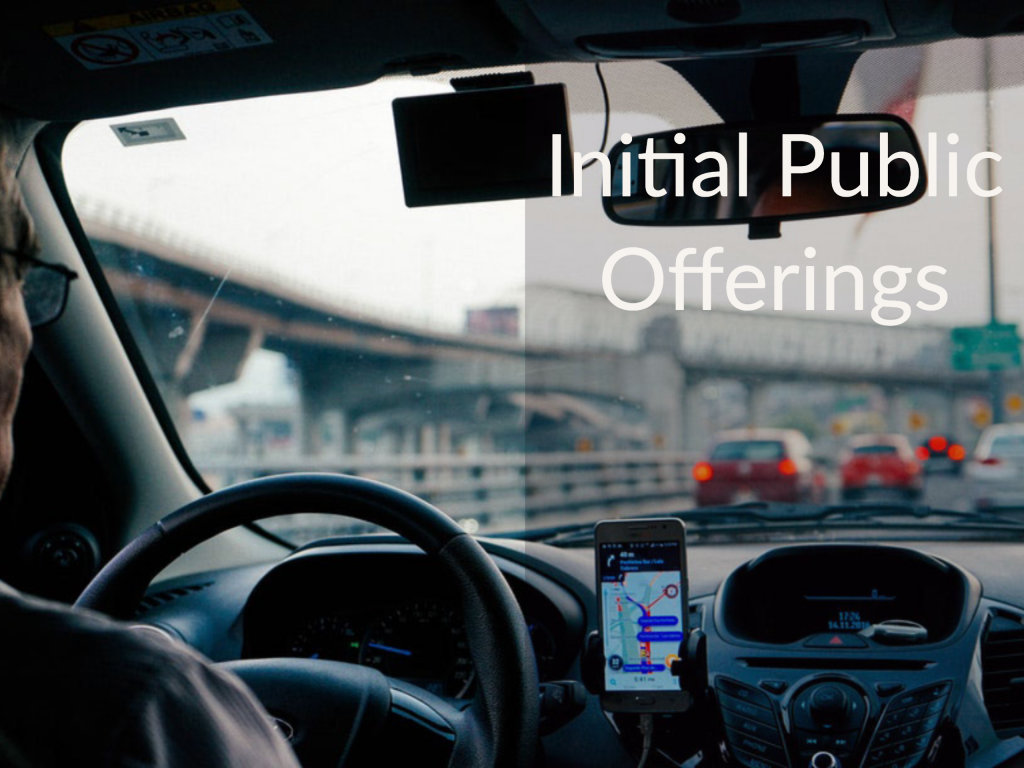 Unicorns, Cheshire cats, and the new dilemmas of entrepreneurial finance by Martin Kenney and John Zysman

Uber and Lyft Get Creative With Numbers, but Investors Aren’t Blind to the Losses By Rolfe Winkler—The Wall Street Journal

IPOs are initial profit offerings often used by startup ventures to fund their growth. Are IPOs a type of Ponzi scheme, however? David dives into how IPOs are funded, how startups use them to grow while losing billions, and how individuals are left with little option to participate, except in helping create a return for the initial investors through sales and passive investing.

Entrepreneurs use private investment capital, such as from venture capital firms, to fund their ideas, build infrastructure, and keep their businesses running during the period where they have to spend more than they make in order to rise to the top of the competition. It’s a winner-takes-all mindset where startups try to push out all the other competitors due to their sheer size and marketing power. Facebook, Pinterest, Uber, and Lyft are all examples of recent new venture capital firm investments. The shocking thing is that about 2,000 new ventures have been funded since 2010. Billions are being poured into these startups, but billions are also being lost. The interesting part is that more and more investors are willing to shoulder the initial loss of a startup in order to capitalize on the gains when the coming conducts an initial public offering by issuing stock to the public for the first time.

The profits and losses induced by blitzscaling

Blitzscaling is when the venture grows at an extremely rapid rate—even while sustaining losses because it’s funded by private investors. Because so much loss is having to be sustained, the ventures hold off going public until ten or twelve years down the road. Unlike in earlier times when companies were profitable when they went public, more and more companies are holding their IPOs even while they continue to sustain large losses. That allows private shareholders to gain liquidity and realize sizable gains while public shareholders are left with a company that still hasn’t figured out a profitable business model.

While the strategies used by startups are beneficial to fast growth, they tend to lead to the view of labor as a commodity—simply part of the process. Employees aren’t as highly valued because of the fast pace, and the price of labor is seen more as a necessary evil rather than an opportunity to invest in the future of the company. Be sure to listen to the entire episode for David’s discussion of Uber and the negative impacts that new venture firms can have on the economy and society.

The roles of individuals and initial investors in IPO profit

As individuals, it is difficult to participate in IPOs and the potential initial price jump.  Most IPOs are allocated to institutional investors while the proceeds from IPOs offer liquidity to family offices, institutions and other super-wealthy individuals who invested in them. Less wealthy individuals don’t often get to participate in the initial funding of a startup. Where individuals end up participating is after the company goes public. Once a new venture goes public, it is added to stock market indices, and are held by index funds and ETFs. The initial investors are still the ones gaining most of the profit, while individuals through passive investments have exposure to these new public companies that are still trying to figure out how to make money.

Ideas for making IPOs beneficial for everyone

David points out that not all venture capital firms are bad. Startups inspire innovation and growth in many marketable areas.  They are actually self-regulating in many respects. If the expectations of the investors are consistently not met, then fewer investors will be willing to participate in the first place.

Long-term stock exchanges are one solution to the Ponzi-esque scheme of IPOs. If—once a venture goes public—individuals were able to purchase long-term stock, they could participate in the startup for the long run, possibly surviving the short-term loss and volatility that comes with new ventures. If individuals could purchase an index fund on the long-term stock exchange, there would be greater opportunity for larger investment in innovation and all the exciting growth and exploration of startups.