What you need to know about asset allocation, including the flaws in modern portfolio theory.

In this podcast, you’ll learn: 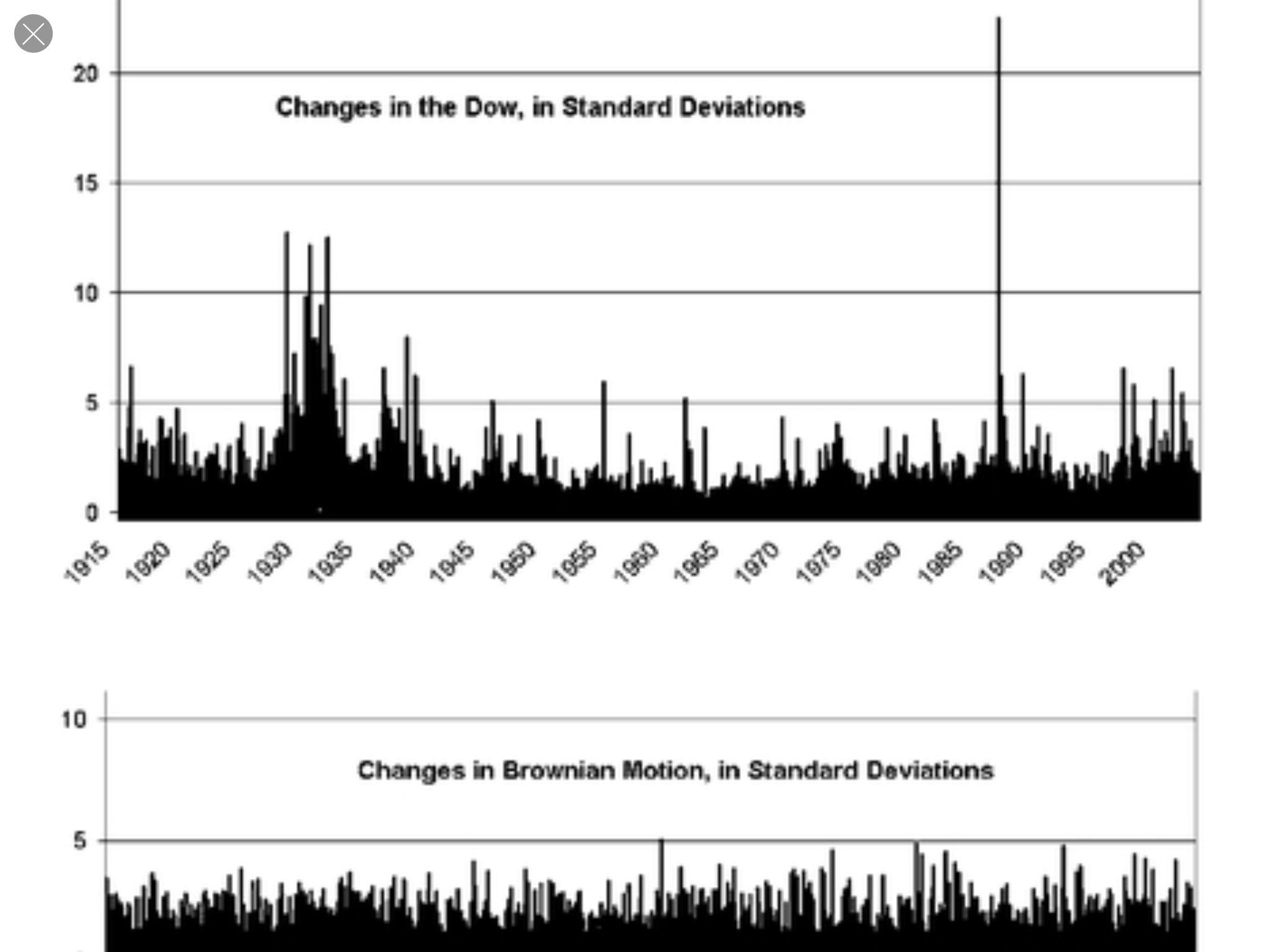 Source: The Misbehavior of Markets by Benoit Mandelbrot

The Misbehavior of Markets: A Fractal View of Financial Turbulence by Benoit Mandelbrot

Are You Using An Inaccurate Map?

Suppose you are exploring a large city that you have never previously visited, or you are hiking in a wilderness area for the first time. Would it be better to have a map that was inaccurate or no map at all?

That is a question raised by Nassim Nicholas Taleb in a draft of his upcoming book Silent Risk.

Taleb contends that when it comes to financial modeling, including determining an “optimal” asset allocation for institutions and individuals, that many investment practitioners and academics prefer an inaccurate map to no map at all.

The inaccurate map that is used by many financial advisors in working with clients to determine the “optimal” asset mix is called modern portfolio theory (“MPT”). I also used this flawed map with clients for many years.

Harry Markowitz introduced modern portfolio theory in 1952 and eventually won the Nobel Prize for his efforts. The theory was developed from the early 50s through the early 70s, and it remains the bedrock of modern finance.

The idea behind modern portfolio theory is that for a given level of risk, there is an optimal portfolio mix (i.e., the split between stocks, bonds, and other asset classes) that maximizes the expected return.

With MPT, risk is defined as volatility, which is the variability of returns-how high are the highs compared to how low are the lows.

How To Run An Asset Allocation Model

Then you need an assumption for how these asset classes move in relation to each other. How closely do the asset class returns track in the same direction or perhaps move in opposite directions. This is called correlation.

With these inputs, for a given level of expected return the model can calculate the optimal mix between stocks, bonds, real estate and other asset classes that minimizes the expected volatility.

For many years, I used modern portfolio theory in working with institutional clients, such as college endowments and private foundations, to help them select portfolio mixes.

What I found was most clients didn’t want a truly optimal portfolio, but a portfolio that fit their comfort level.

My recommended portfolios were “optimal” in the sense that they were palatable to the client, and they indeed resided on an efficient frontier, even though the frontier itself was heavily customized to the client’s comfort level.

It was very much an exercise in creating an “optimal” diet for clients consisting of food groups they were willing to eat, not necessarily what was healthiest for them.

Still, I clung to this flawed map because it seemed better than having no map at all, and ultimately it got clients to diversify into different asset types.

Why I No Longer Believe In MPT

I finally gave up modern portfolio theory when I could no longer ignore the evidence that MPT had serious flaws, presented by the likes of Nassim Nicholas Taleb in his book Black Swan and Benoit Mandelbrot in his book The Misbehavior of Markets.

The problem with MPT is it assumes market returns congregate around the average expected return much more than they actually do. In other words, the theory assumes exceptionally good or bad returns are extremely rare.

MPT also assumes returns in one year do not effect returns in the next. That a given year’s return is independent from the return in the previous year.

Finally, it assumes investors are rational agents and they are all alike.

The truth is exceptionally good and bad returns happen much more often than the theory predicts, and these extreme events tend to clump together rather than be spread out randomly. And you know as well as I that investors are far from rational but suffer from bouts of extreme fear and greed.

Next week, I’ll share how to determine an appropriate asset mix without using an inaccurate map.