Two Money For the Rest of Us podcast listeners are struggling with spending money. The first listener is 22 and lives in Canada. He feels as if his money is going everywhere such as saving for a house, car, and retirement, but very little goes to things he enjoys.

The second listener is 46 with a $2 million net worth, but in his case, he finds he doesn’t enjoy spending money on himself. He is willing to spend money on his wife and two children, but he still finds himself feeling tight, fearful and worried about money and his business, even though he has plenty of wealth and is close to his goal of financial freedom. 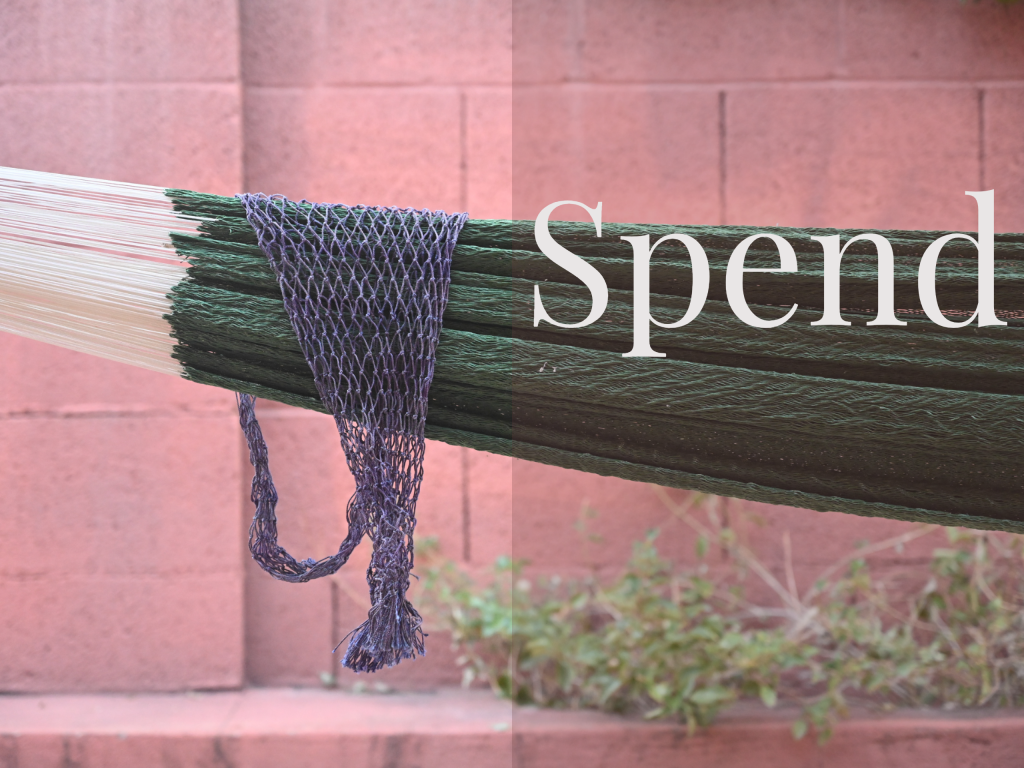 The good news is both of these listeners are aware that they have some issues surrounding how they spend money. They are awake to their situation as philosopher Henry David Thoreau would describe it. In this podcast episode, we consider the standard these listeners should use to determine how much to spend on themselves.

The Stoic philosopher Seneca in his second letter wrote, “Do you ask what the proper limit is to wealth? It is first to have what is necessary and, second, to have what is enough” The challenge with Seneca’s statement is figuring out how much is enough.

Dr. Samuel Alexander in his book, Just Enough is Plenty: Thoreau’s Alternative Economics, says in order to answer the question how much is enough, we need to first answer the question, “Enough for what?” or put another way, “What should we want material wealth for?

What to Spend Money On

It turns out figuring out what we want is a lifelong question and it takes money to discover what the answer is. The key is not to spend money on luxuries that bring fleeting pleasure, but instead to spend money on tools and education in areas that we are curious about. Items that enrich our inner life and bring us joy as we acquire new skills and understanding.

Working with those tools and acquiring skills takes time. It takes reflection. It means getting rid of distractions and clutter so we can focus more time and resources on figuring out the purpose of our life. We come to know ourselves as we spend money on ourselves.

Duane Elgin in his book, Voluntary Simplicity provides a simple filter to help us decide where to spend money: Does what I own or buy promote activity, self-reliance, and involvement or does it induce passivity and dependence?

Joy comes from being active in the pursuit of purpose. Spending money in areas that help us to discover and pursue that purpose is okay. We get into trouble when we spend money on luxuries that we think will make us happy or will help us stand out and be admired by others. Those cravings for happiness and acceptance are rarely satiated by buying more stuff. That type of spending tends to foster more wants, which requires more money and more time to earn that money.

Instead, we need to pursue a path taught by the voluntary simplicity movement, of which Henry David Thoreau, could be considered one of the founding members. “Simplify, simplify, simplify,” he wrote. Or as Duane Elgin put it, pursue, “a manner of living that is outwardly more simple and inwardly more rich.”

An Economist Walks into a Brothel: And Other Unexpected Places to Understand Risk by Allison Schrager

Letters From A Stoic by Seneca

Voluntary Simplicity: Toward a Way of Life That Is Outwardly Simple, Inwardly Rich by Duane Elgin

A Guide for the Perplexed (Harper Perennial Modern Thought) by E. F. Schumacher

A Philosophy of Walking by Frédéric Gros

Hamlet’s BlackBerry: Building a Good Life in the Digital Age by William Powers

244: Are You Spending Too Much (FIRE Edition)